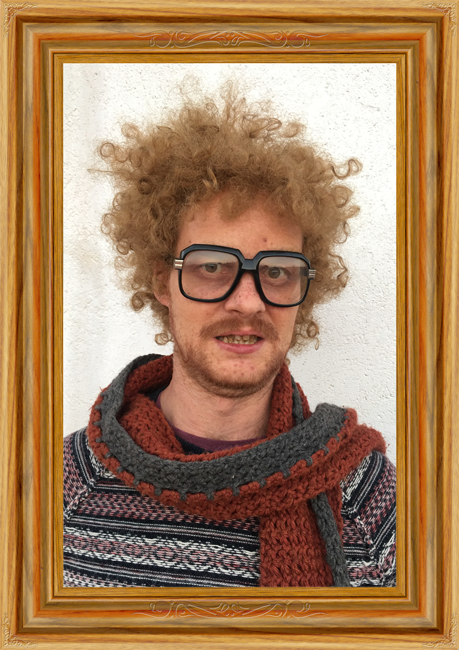 H adrian Thorpe (b. 1975) is a self-taught artist, born and raised in an artist commune in his native Denmark. From an early age, he was interested in landscape drawing and storytelling. When he left home at 16, at first he pursued a career as a freelance illustrator. In 2007, a tree-climbing accident put him into a three-day coma and he suffered brain trauma.

This moment was pivotal in his life — something he describes as “a farewell to youth”. The long period of convalescence that followed saw a shift in Thorpe’s attention away from illustration, towards a more personal, poetic iconography based in drawing and oil painting. It also provoked changes to his personality, a phenomenon which he discusses in much of his post-trauma works.

Thorpe situates his oil portraits within a dreamlike milieu reminiscent of the settings of Old Master paintings. Velazquez’s Sierra de Guadarrama features, as do the streets of Titian’s Venice, and the tenebrous studio of Rembrandt. These images represent a perverse take on Old Master portraiture: deformed subjects often wear the clothes and inhabit the spaces of old European aristocracy, conjuring an eerie parallel universe that forces the viewer to consider alternative norms of beauty.

Since 2008, he has lived full time in Tennessee, where he paints out of a studio in the woods.