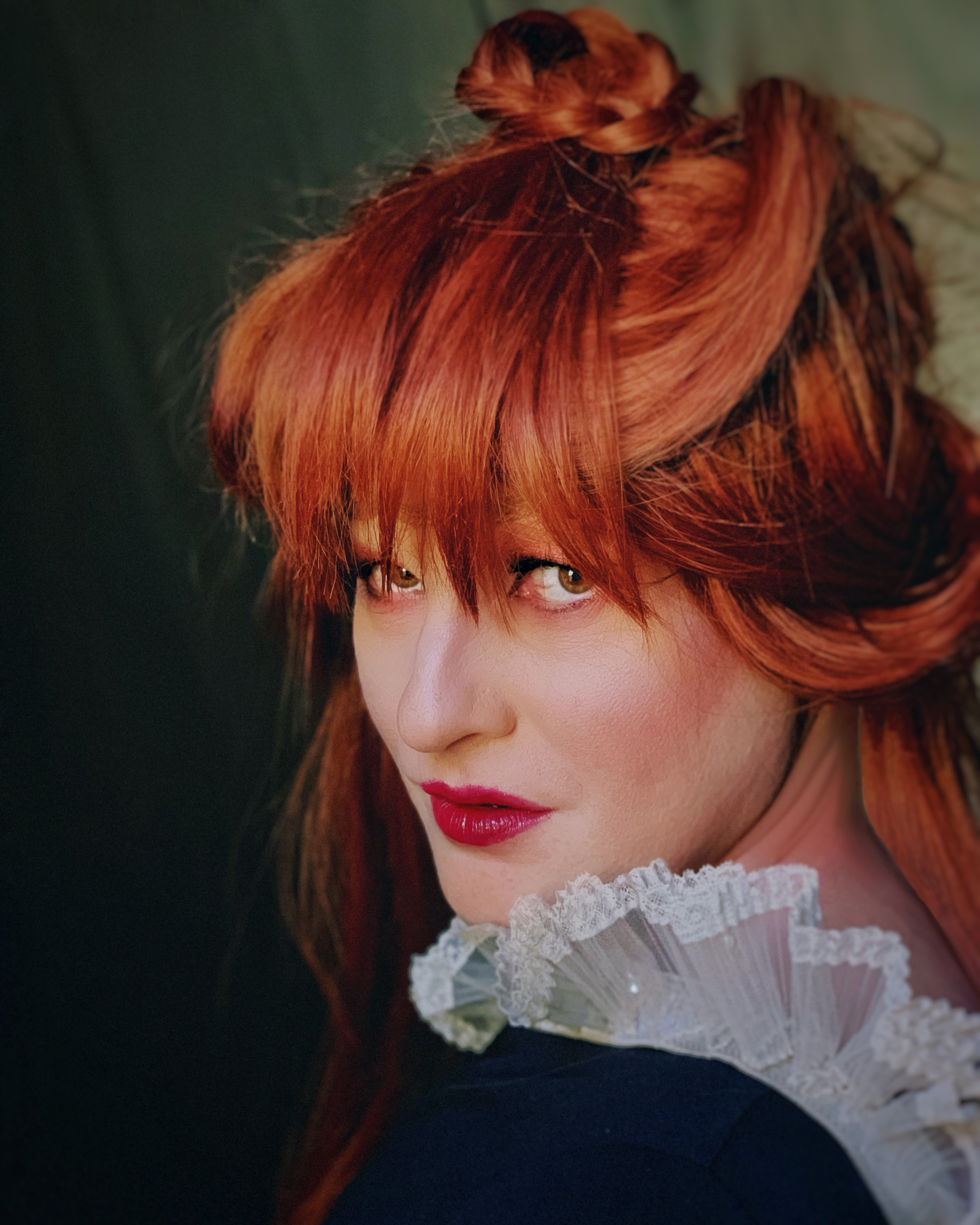 Izzi Knott (b.1987) is a gender-non-conforming, historically inspired, self-referential performance portraitist who examines and questions cultural, biological, political and social constructions of femininity and masculinity.

Born during the Great Storm of 1987 on Herm (Channel Islands), Izzi has an art practice that reflects a life lived between two cultures: England and France. Izzi was raised in Bristol, but lived with a grandmother in Corsica during school holidays, creating a duality – indeed, a comfort with all dualities – from an early age. Likewise, she absorbed the culture of the two places – the street art of Bristol and the classic oil painting of the Musée Fesch in Ajaccio. Izzi majored in Gender Studies at UNC Chapel Hill (North Carolina) before switching to Fine Art, where she began to develop a performance painting practice in response to a personal history lived across traditional cultural lines.

Izzi’s practice bridges the distant poles of classical oil painting and performance art. In her work Izzi inhabits powerful women from historical portraiture, constructing character through costume, wigs, make-up, and finally through live portrait painting. Working with the notoriously slow medium of oils, Izzi transforms portrait painting into a dynamic experience by compressing the usually weeks-long process into a matter of minutes, and performing it in front of an audience. This requires a strategic and meticulous approach to craft, as well as a belief in oils as a vehicle for character and narrative.